Stress in the brain: on the neurobiology of resistance 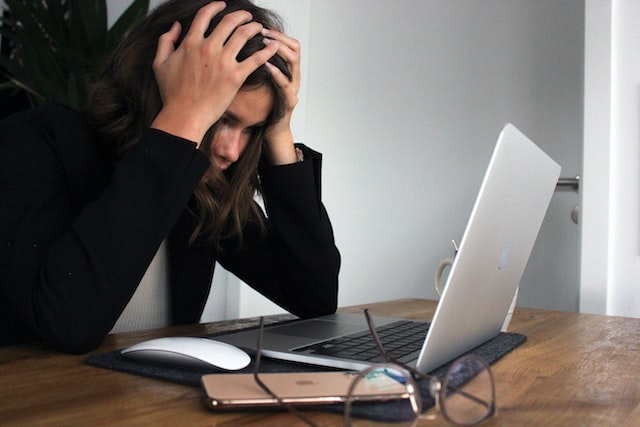 Our world is crying out for resistance

Our world is changing. Always faster. Exponentially. Irreversible. A catchphrase related to this is called VUCA. And many don’t want to hear it anymore. One description of the state of our world – volatile, uncertain, complex and ambiguous. The degree of unpredictability and unpredictability is increasing. And phenomena such as climate change, migration flows, increasing globalization and technological developments make that clear. Our world is becoming more complex.

Organizations need to find a new way of dealing with these changes. New skills will be required in the future. Agility is one, ambidexterity is another. Approaches such as mindfulness and meaningful action are becoming more and more popular, and so does the realization of how important experiences of employees, customers, and partners are. Resistance is spreading and information, participation, and training are used to try to cope with this. In many places, however, the phenomenon of resistance is still treated with incomprehension and encountered unwillingness. He is unwanted and annoying. And it signals the need for major organizational change.

The Path of Neuroscience

I would like to see the phenomenon of resistance from a neurobiological perspective. “Neuroscience” has become hip in recent years. And rightly so. Through the imaging techniques we have gained many insights linking brain activity and behavior. And with changes of any kind, it goes in ultimately about changed behavior. These insights are often presented as facts, although caution is advised here. On the one hand, the accuracy of the representation is still limited. On the other hand, the interconnections in the human brain are extremely complex and the functions of the individual brain areas too different and overlapping, making it hard to define clear cause-effect relationships. And yet important principles can be derived from the knowledge gained. Principles that can show us how we can deal with changes are resistance in a more sustainable and healthy way. 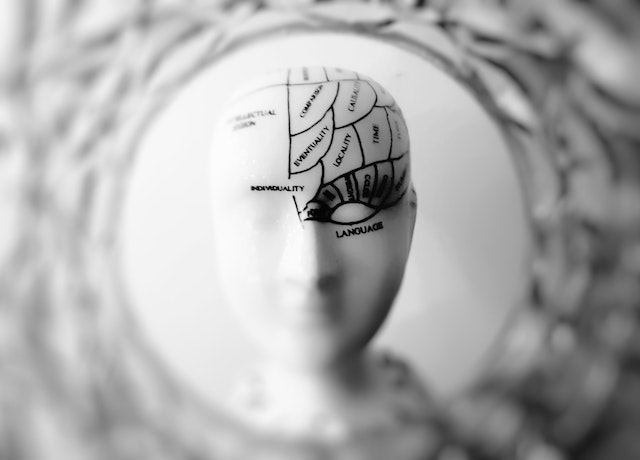 We just love our comfy couch…

So the fundamental question is why do people have such a hard time processing change. And the answer gives a clue as to how we can proceed to achieve greater willingness to change. From a biological point of view, unwillingness to change is the most natural thing in the world. It is even a guarantee for our survival. So don’t blame your employees for this perfectly natural evolutionary response. We as individuals, just like any other organism in this world, optimally set up in our “ecological niche”. By that we mean the totality of animate and inanimate environmental factors affecting the survival of a species.

Ultimately, we resist upcoming changes in order to be comfortable with… well, being able to sit on the couch. We are creatures of habit. Not because we don’t want to change, but simply because this has helped us to survive as species for such a long time.

Resistance can therefore be described as a natural survival strategy. If something changes in this environment, then the fit between is correct
niche and behavior no longer and it is uncertain whether we will continue to “survive”. They are situations or developments that are new and potentially threatening and in which self-regulation is called into question. Situations of which you don’t know whether they are fundamentally manageable or how to deal with them. And what happens in such situations? We get stressed and go into resistance. And if we learn to understand what happens in the brain, we also understand why dealing with resistance has to be very careful. And why it is not so easy to achieve the desired change in behavior.

Stress in the brain

This uncertainty in dealing with an unknown and potentially unmanageable environment creates stress. Take a look at the image below. It depicts the human brain cut it lengthways along the crown (on the left is the forehead, on the right the back of the head). 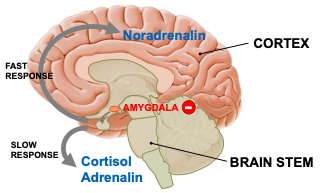 The pink part is the cerebrum or cortex. It’s the evolutionarily youngest part of the brain and is responsible for everything
that we do consciously. For example smell, taste, touch, hear, yourself move, speak, think and remember. The activity of the cortex leads
to the fact that we see ourselves as active and conscious acting individuals in our environment.

In contrast, the green-colored area represents the historically “older” parts of the brain called the brainstem. The brainstem controls all of the
unconscious processes of the brain, processes of which we are basically unaware (the heartbeat, digestion, or the circadian rhythm).

How the cerebrum is turned off

In the brainstem lies the amygdala, which plays an important role in emotions and recognizing situations as well as the analysing possible
dangers. When a situation is judged to be threatening, two reactions could occur:

1 – Fast Response: It prompts the release of norepinephrine through the Pituitary gland, which acts on the cortex. This causes all thinking skills of the cortex related to the threatening situation to dissolve. What happens then is basically “tunnel vision”, that ensures that we do not have any alternative strategies for action on a conscious level and are forces to fall back on patterns of action that have been successful in the past. In addition, slight dizziness and irritability can also occur in such situations.

2 – Slow Response: It causes the release of cortisol and adrenaline by the pituitary and adrenal cortex into the bloodstream, with consequences
for the whole organism. The body will be pushed to peak performance. Heart and breathing rates increase and blood pressure rises.
The muscles are supplied with more blood and the liver gets an increased blood sugar concentration. In the past, this helped our ancestors escape the saber-toothed tiger or catch the rabbit for dinner. So yes, these reactions are our inheritance from the Neanderthal. Not much has changed in the brain since then – evolution simply did not have the time to adjust this pattern. And so it is not surprising that we sometimes get angry managers who look like a chest-pounding, roaring gorillas.

In short, this means that when there is stress, the cortex is “switched off” and the unconscious reflexes of the brainstem take over. In extreme cases, three rudimentary behavioral patterns become active: attack, flight, or feigning death. This is also why the brainstem is called the reptilian brain: its the most ancient part of our nervous system that did not change much from the time of our reptilian ancestors. 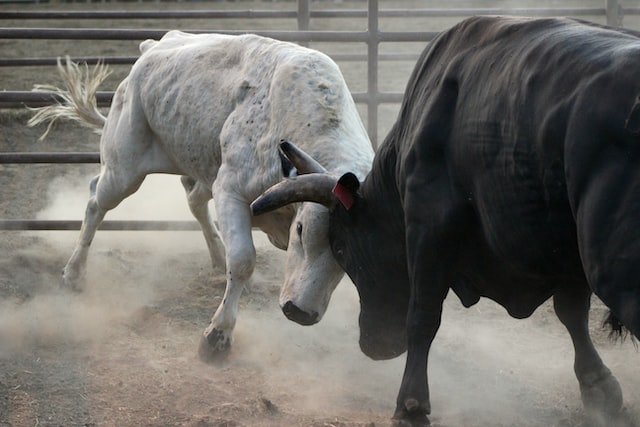 With the reptilian brain through the meeting

But we also know these behavior patterns from ourselves in stressful situations. Imagine a meeting with a colleague who you want to
achieve meaningful progress with – or any type of change. You might experience a lot of resistance from your counterpart. Any of your arguments are rejected. It starts a cycle of rejection and puts stress on both sides. And both interlocutors are caught up in it. And unfortunately, the cortex is not available to you at that moment, so you can’t develop other options. The battle of reptiles begins…

In the end, both of you leave the meeting angry and frustrated. And then, with a little distance and less stress, you might suddenly think of things that could have been done or said differently. Unfortunately, it is now too late. This is how stress works in our brains.

The threat is individual to everyone. The different collective and individual dimensions with the underlying questions describe how resistance arises. Or what makes us afraid of falling off our comfortable couch. It’s always a mix of different dimensions and it’s unique for everyone. This makes dealing with the topic of resistance difficult. Communication and information must be controlled individually as far as possible before or during the course of change measures. The task of managers is not getting any easier, because they have to have answers to the questions presented.

Or they create an environment in their team right from the start in which resistance phenomena are fundamentally weakened. In a figurative sense, they create a warming shawl around the personality of the team members. This is a play on words indicating the possible solution. But more on that in a next article that takes a neurobiological look at psychologically safe environments.

BACK TO RECOURSES OVERVIEW 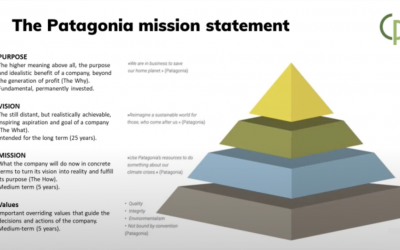 A mission statement is commonly used by companies to convey their purpose, values and main principles. It serves as a cornerstone of any communication strategy and, ideally, should also be used as a fundament of the company’s culture, motivating both management and... 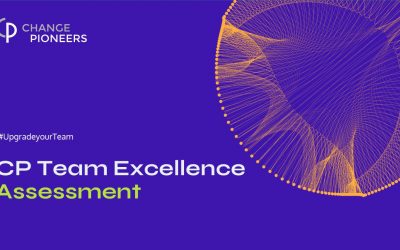 THE CP TEAM EXCELLENCE ASSESSMENT AND REPORT As a leader your are getting paid for enabling your team to achieve results and thrive. But how do you establish a shared responsibility in your (leadership) team? Team resonsibility is often understood only as the vertical... 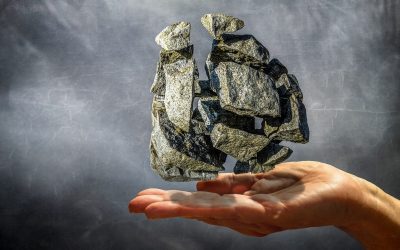 Conflicts in executive teams – the road to Team Excellence

by Andreas Müller - Head of Change Pioneers USA More and more companies are realizing that high performing executive teams are the backbones of any successful company. A cohesive management team is one of the last untapped resources and potential for many...

« Older Entries
WOULD LIKE TO WORK WITH US? GETTING IN TOUCH IS EASY.